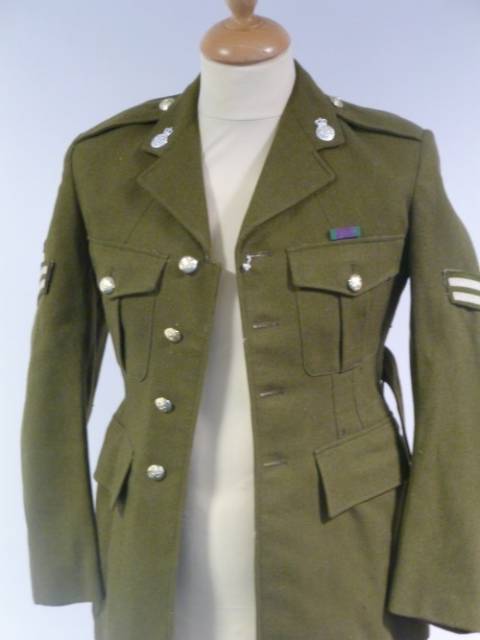 H&H to Auction Vintage Goods on behalf of one of Carlisle’s most interesting Shop keepers H&H Auction Rooms have announced that they are to hold a sale of the contents of the residence and also the shop known as “Strawberry Fields” on behalf of the executors of the recently deceased Dave McGovern. The special one off sale of eclectic military and vintage goods will be held by H&H Auction Rooms at the Borderway Exhibition Centre in Carlisle on Friday 20th March 2015 with viewing on the day and the sale to start at 1.00pm Stephen, Manager for H&H Auction Rooms said; “It is a huge privilege to have been invited to hold a sale on behalf of such a well-respected Character. There is huge range of interesting items in the auction, including a miniature gypsy caravan, a range of musical instruments, military costumes, vintage uniforms, suitcases, vintage clothing, top hats, bowler hats and fancy dress outfits. There is a lifetime’s worth of items and the sale will appeal to a range of collectors.” As a result of his colourful nature, Dave had a massive and loyal fan base. People lined the street to offer their respects and pay tribute to a man they described as a kind and wise Gentleman who was also known to be a rebel but someone who had time for everyone. His Strawberry Fields Vintage Goods Shop was one of the quirkiest in the City of Carlisle and a “hidden gem”, selling vintage clothing and accessories. Stephen added; “Dave had many regulars at his well-known Vintage Goods Shop, who admired him and above all they knew him as a sociable caring man with lots of stories to tell. Customers were known to come and buy from him from all parts of the world so we are expecting great interest and a large turnout of people who we anticipate will want to purchase their own reminder of this inspirational person.” Stephen from H&H Auction Rooms is looking forward to welcoming everyone to this special one off sale to be held at the Borderway Exhibition Centre, Rosehill, in Carlisle on Friday 20th March 2015. Viewing is available on the day with the sale commencing at 1.00pm. - ENDS -